Everything seems fine when there is no problems. 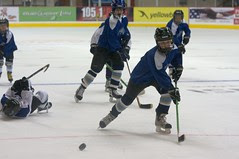 My son at an exhibition game.

Then something goes wrong. 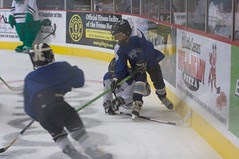 or why would anyone code without Source Control?

Why would someone do either? We've all done the second.  I'm going to guess not all of us have done the first but it physically hurts more.  We know better than to code without backups or without checking things into some system but I get a lot of people that ask how to get started. Well,...

I have a talk at RMOUG in a couple weeks. This talk is going to be focused how to setup a source control system then add continuous integration.  We will use SQL Developer to check-in/out/patch the code.  We're going to start with just a bunch of files in a filesystem.  We are going to end up with a source code control and an integrated continuous integration running to build a stage system automatically.   based on when code is checked in and emails when builds fail!

If your not coming to the show but are interested, I'll be writing up in more details here after the show. If there's something that you think should be addressed, let me know.

Posted by Unknown at 6:41 PM Links to this post

Last week we hosted a free event for developers in New York.  The main purpose of this event was to help introduce people to things they may not use day to day or know of.  The full agenda is here.  The best part of this for people is that development staff is on hand to answer questions. This is also the first time I ever gave a keynote which the slides can be seen here.  We will be bringing this to other cites and countries.

Even if you can't attend an event the entire development community will benefit because we're working out how to host virtual machines onto OTN that are setup for the labs that are in the event.  The labs will be contained in the VM. This means to do a lab it'll be something like 1)download 2)start VM 3) start lab.  Nice and simple.The VM for this event had:

The nicest thing about this VM approach is zero installs to get tinkering instantly.  I'm in the process of updating a few things in the VM and when that's completed we should be getting them onto OTN.
Posted by Unknown at 4:11 PM Links to this post