Connecting to DBaaS, did you know this trick?


The new command line is a must try, says 10 out of 10 people that built it.  The tool has sshtunneling of ports built in as described by Barry.

This means you can script opening your sshtunnel from the command line and run sql very quickly.  Here's the one I used recently at Kscope15. 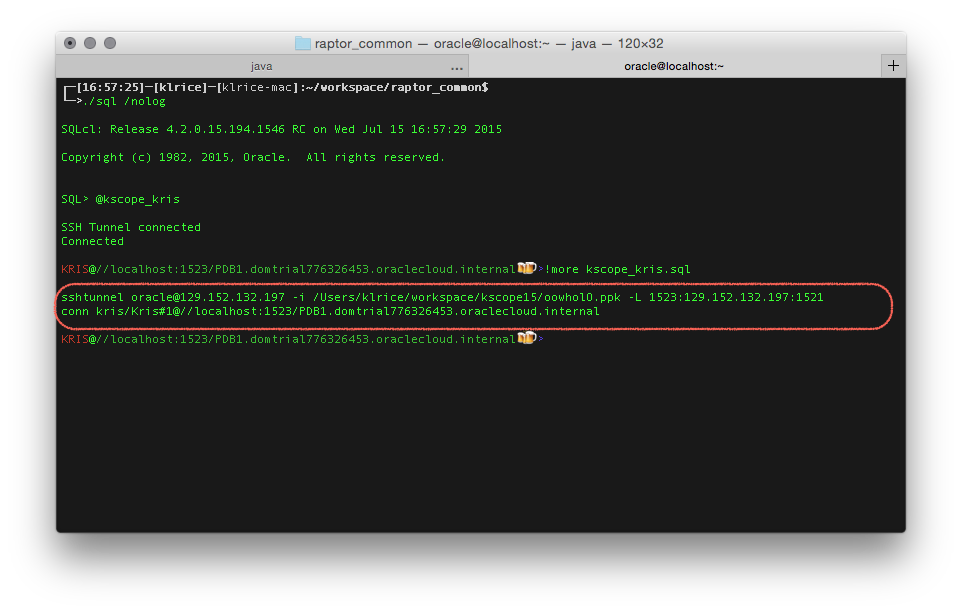 Now the trick? is that once this port is forwarded, any tool can now use it.  In case you ( like me ) forgot which port is forwarded since it's all scripted so as not to be thought about again.  There's a "show sshtunnel" command built in also

Now I can take this over to any tool, which for me is sqldev, and use that port to make a connection 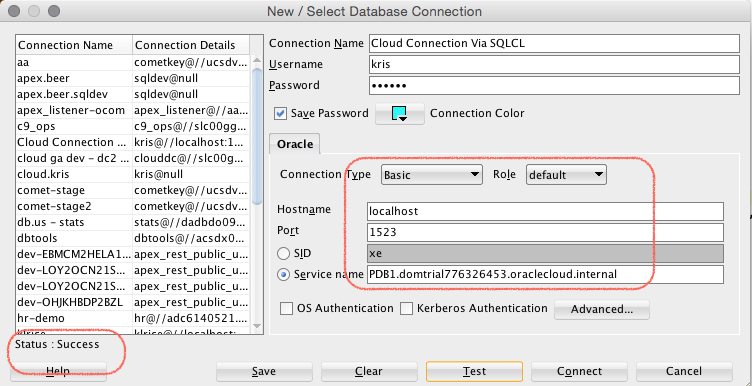 Yes, a NEW demo on EMP

If you thought you'd seen ever demo possible off the data in emp.  Here's one more. Salary represented as beer. 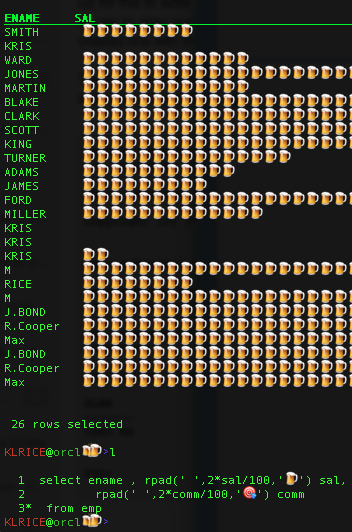 Posted by Unknown at 2:09 PM Links to this post